At an historic watershed event during this year’s Homecoming, NUHS President Joseph P.D. Stiefel, MS, EdD, DC, announced the dedication of the James F. Winterstein Library. The library was named in honor of the longstanding president who served from 1986-2013.

The NUHS community celebrated the dedication during a cocktail reception April 2. Dr. Winterstein and his family were in attendance.

“Dr. Winterstein provided decades-long service to this institution, the chiropractic medicine profession, and higher education,” Dr. Steifel said. “The night’s festivities were a wonderful ending to a magnificent homecoming.”

During the event, Dr. Winterstein, DC, DACBR, gave a brief speech expressing his surprise and gratitude at receiving the honor.

A monument sign was erected in front of the library with the new name. Inside the library, a portrait of Dr. Winterstein, along with a timeline of his career and achievements, were also unveiled. Under Dr. Winterstein’s leadership, National University grew to be a leader in chiropractic research. Not only did National receive the first $1 million research grant from the Foundation for Chiropractic Research, but has since received over $7.5 million in federal grants from the National Institutes of Health.

Dr. Winterstein remains the chiropractic profession’s most determined advocate for broad-scope primary care practice, as well as anchoring that practice in evidence-based medicine. As the fifth president of National University, his legacy is an example of what can be achieved through uncompromising dedication to high standards in both education and professional practice, and an unwavering commitment to patient-centered medical care. 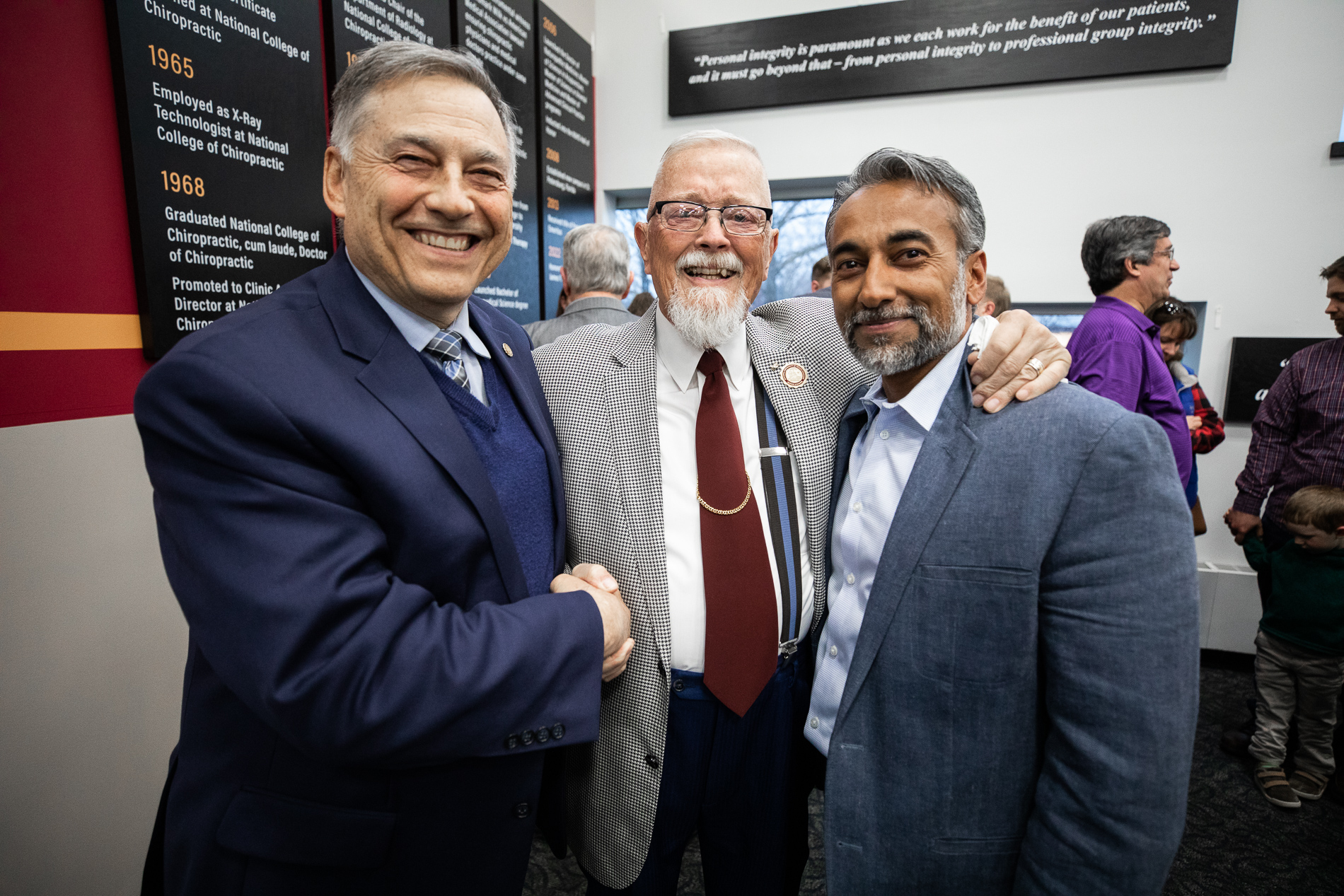